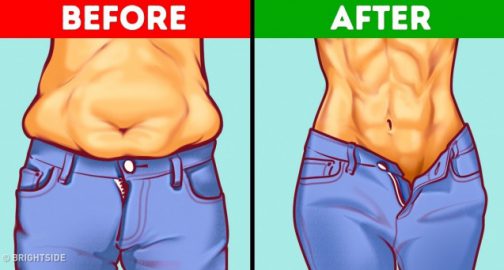 Richard Branson, the founder of Virgin Group, wakes up early every morning while everyone else is still asleep. Many successful people stick to this routine. Science says that waking up early can have a lot of positive effects not only on your productivity but also on your entire body and emotional state.

Bright Side has collected a few good reasons to wake up early every day.

You’ll have enough time to fully wake up. Even if you take a cold shower or drink a cup of coffee right after waking up in the morning, you still can’t fully wake up no matter how refreshed you feel after your usual ritual. It’s all about the sleep inertia that lasts for about 2 to 4 hours after waking up. During this time, attention, memory, and reaction are non-productive — they need enough time to accelerate. You won’t suffer while waking up. It’s better to train yourself to wake up at the first ring of the alarm clock rather than resetting it over and over again. 5 times within 5 minutes doesn’t let you sleep longer, this only disrupts the sleep cycle. In the end, you won’t feel any more refreshed after you wake up and you’ll continue to feel sleepy for the rest of the day.

You’ll get in good physical shape. The habit of resetting your alarm clock not only disrupts your sleep cycle but it also affects your metabolism which can lead to obesity. Here’s some good motivation: Instead of lying in bed, spend this time on getting in shape!

Scientific studies show that most people who procrastinate do the things they need to do in the evening. Those who wake up at an earlier time spend their night hours exclusively for sleeping, reserving their morning hours for important things. If you train yourself to wake up early, you’ll be able to get a lot off your chest before noon.

You’ll have more motivation to do things. Nobody is as motivated to do different things than people who wake up early are. This scientific study proves it: By waking up early, you have enough time to get ready for work, define your long-term and short-term goals, and understand what your tasks are. People who wake up early show better results while studying. Scientists explain that because you wake up early, it’s easier for you to get to school or work on time. You worry about other things less and can more easily buckle down and study.

It leads to more good habits. Studies show that waking up late is usually caused by different bad habits. Waking up early doesn’t just allow you to refuse a night of wild activities and the temptations that come with it, but it lets you choose more healthy habits instead. The psychological state and general happiness of a person depend on when their day starts. According to studies, people who wake up early have a more stable emotional state. Those who go to bed late and wake up at noon have mood swings and depression way more often.

What time do you wake up? How do you feel when waking up? Tell us in the comment section below!

Illustrated by Daniil Shubin for BrightSide.me