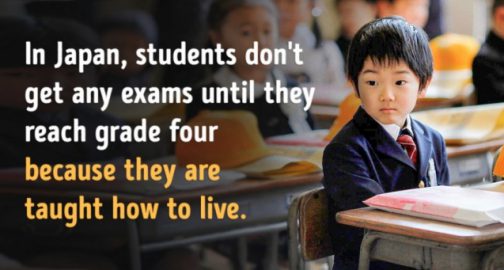 Japanese people are known for their intelligence, strong health, politeness, and wellness. But why is this nation so unique and different from the rest of the world? We seem to have found the answer: they have an incredibly cool education system! 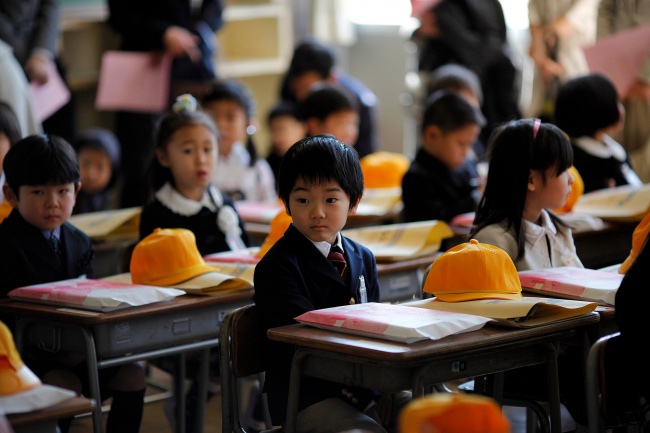 In Japanese schools, the students don’t take any exams until they reach grade four (the age of 10). They just take small tests. It is believed that the goal for the first 3 years of school is not to judge the child’s knowledge or learning, but to establish good manners and to develop their character. Children are taught to respect other people and to be gentle to animals and nature. They also learn how to be generous, compassionate, and empathetic. Besides this, the kids are taught qualities like grit, self-control, and justice. 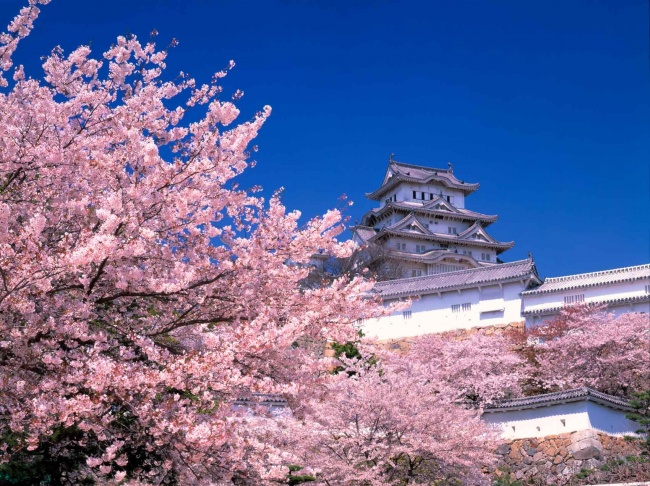 While most schools and universities in the world begin their academic year in September or October, in Japan it is April that marks the start of the academic and business calendar.The first day of school often coincides with one of the most beautiful natural phenomena — the time of cherry blossom. The academic year is divided into 3 trimesters: April 1 — July 20, September 1 — December 26, and January 7 — March 25. Japanese students get 6 weeks of holidays during the summer. They also have two-week breaks in winter and spring.

Most Japanese schools do not employ janitors or custodians. The students clean their school themselves. 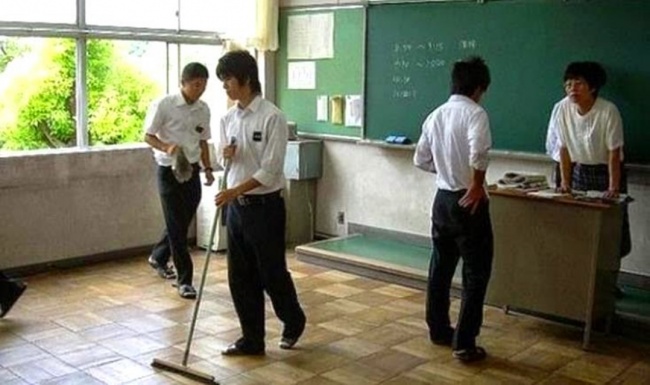 In Japanese schools, students have to clean the classrooms, cafeterias, and even toilets all by themselves. When cleaning, students are divided into small groups and assigned tasks that rotate throughout the year. The Japanese education system believes that requiring students to clean up after themselves teaches them to work in a team and help each other. Besides, spending their own time and effort sweeping, mopping, and wiping makes kids respect their own work and the work of others.

In Japanese schools, school lunch is provided on a standardized menu and is eaten in the classroom. 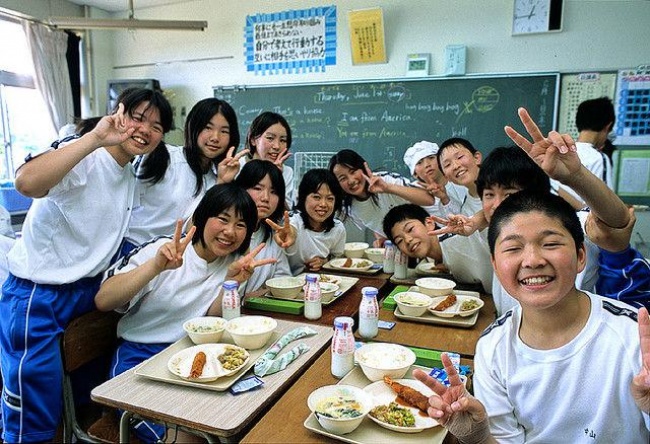 The Japanese education system does its best to ensure that the students eat healthy and balanced meals. In public elementary and junior high schools, the lunch for students is cooked according to a standardized menu developed not only by qualified chefs but also by health care professionals. All classmates eat in their classroom together with the teacher. This helps build positive teacher-student relationships. 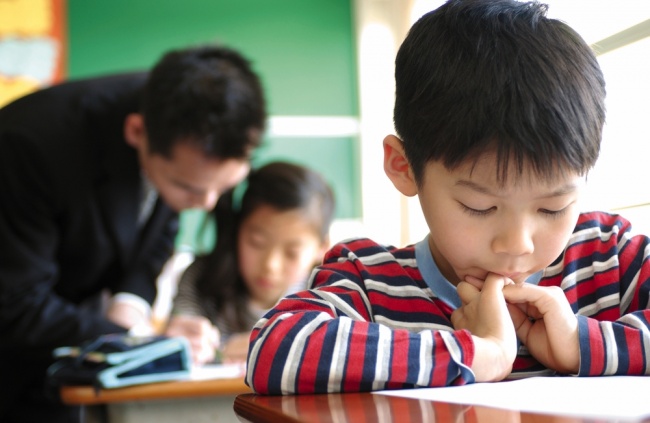 In order to get into a good junior high school, most Japanese students enter a preparatory school or attend private after-school workshops. The classes in these schools are held in the evenings. Seeing groups of small kids returning from their extracurricular courses late in the evening is common in Japan. Japanese students have an 8-hour school day, but apart from that they study even during the holidays and on weekends. It’s no wonder that the students in this country almost never repeat grades in primary, lower secondary, or secondary school 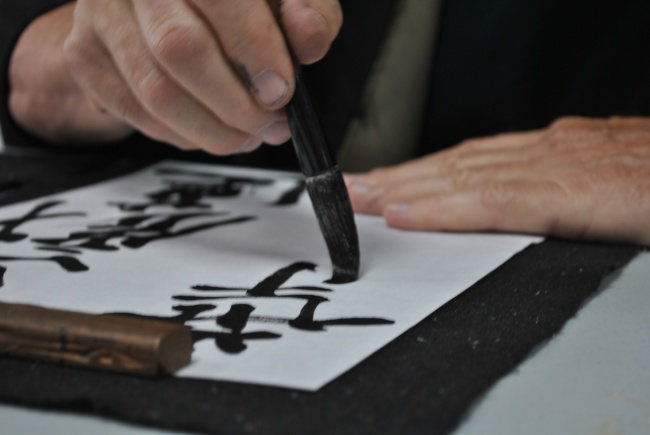 hodo, involves dipping a bamboo brush in ink and using it to write hieroglyphs on rice paper. For Japanese people, Shodo is an art that is no less popular than traditional painting. Haiku, on the other hand, is a form of poetry that uses simple expressions to convey deep emotions to readers. Both classes teach children to respect their own culture and centuries-old traditions.

Nearly all students have to wear a school uniform. 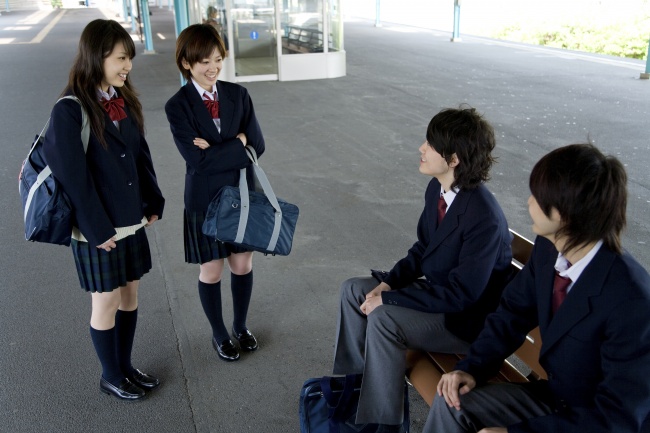 Almost all junior high schools require their students to wear school uniforms. While some schools have their own attire, traditional Japanese school uniform consists of a military style for boys and a sailor outfit for girls. The uniform policy is intended to remove social barriers among students and get them into a working mood. Besides, wearing school uniform helps to promote a sense of community among the children.

The school attendance rate in Japan is about 99.99%. 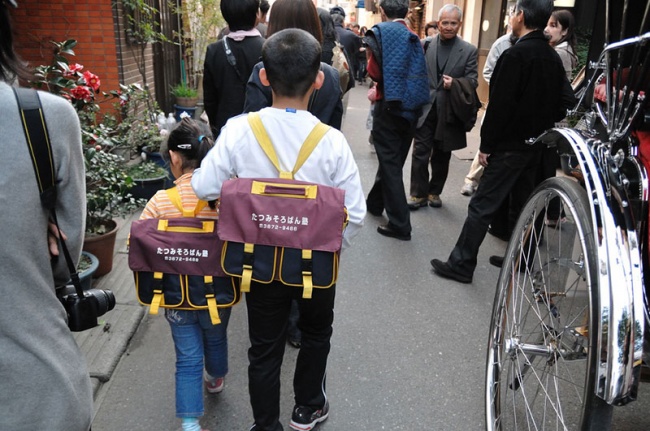 Probably all of us have played truant at least once in our life. However, Japanese students don’t skip classes, nor do they arrive late for school. Moreover, around 91% of pupils in Japan reported that they never, or only in some classes, ignored what the teacher lectured. How many other countries can boast such statistics? 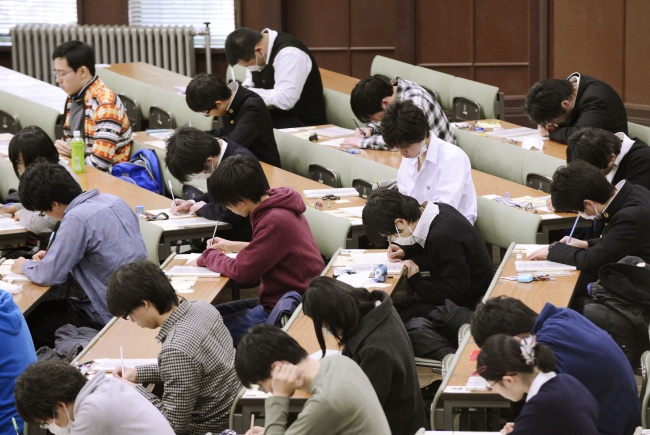 At the end of high school, Japanese students have to take a very important exam that decides their future. A student can choose one college they would like to go to, and that college has a certain score requirement. If a student doesn’t reach that score they probably don’t go to college. The competition is very high — only 76% of school graduates continue their education after high school. It’s no wonder that the period of preparation for entrance to higher education institutions is nicknamed ’examination hell.’

College years are the best ’holidays’ in a person’s life. 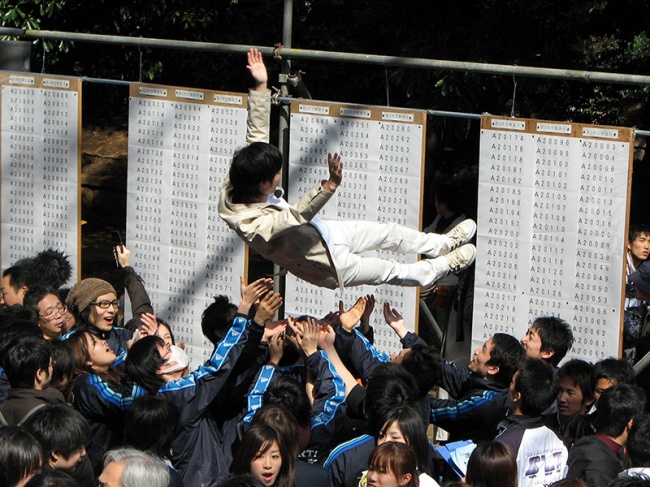 Having gone through ’examination hell,’ Japanese students usually take a little break. In this country, college is often considered the best years of a person’s life. Sometimes, Japanese people call this period a ’vacation’ before work.