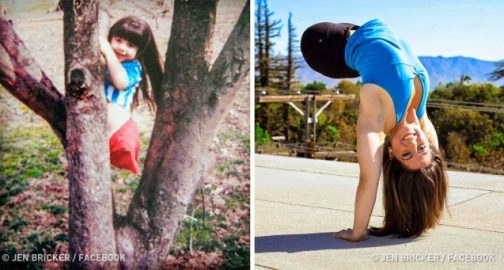 Dancer, actor, and musician are the top dream jobs for children. But only 6% of people are engaged in what inspired them in childhood. With age, people become more pragmatic and less likely to listen to their dreams. But some still manage to follow their childhood goals.

Bright Side wants to tell you several inspiring stories that made us remember our childhood dreams. These people did everything to achieve their childhood ambitions.

1. A frail girl with a strong will 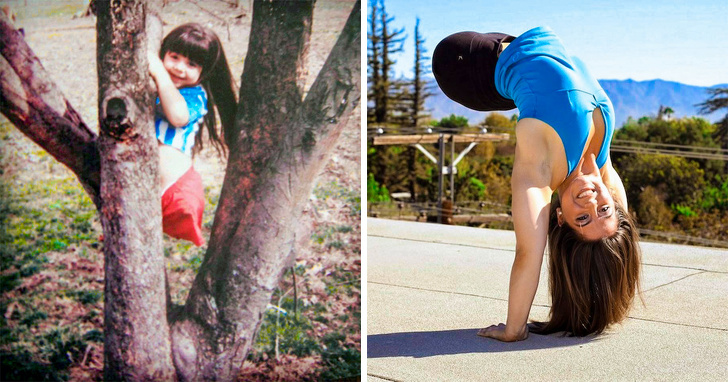 Jennifer Bricker was born without legs, and her parents abandoned her. She was then adopted by the Brickers, who taught her to not say “I can’t.” As a child, Jen was active in sports and decided to do gymnastics seriously. And at the age of 11, she won the Power Tumbling Championship in Illinois and took the 4th place at the Junior Olympic Games.

She was fascinated by the American gymnast Dominque Moceanu, the gold medal winner at the 1996 Olympics. And at the age of 16, Jen learned that her idol was actually her older sister. And Jennifer reunited with her biological family. Later she participated in the Britney Spears Tour and wrote a memoir. Currently she is an acrobat. 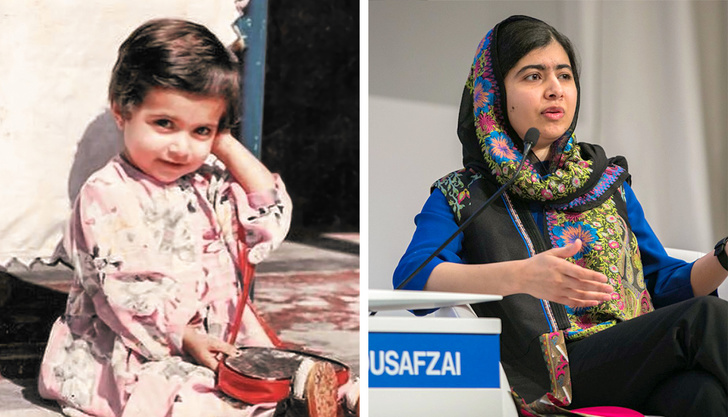 Malala Yousafzai from Pakistan always aspired to learn. She enjoyed studying and really wanted to get an education. In 2009 at the age of 11, she wrote a blog for the BBC, talking about her life under the Taliban regime, which has destroyed schools and prohibited girls from attending classes. Because of Malala’s activism, in 2012 there was an attempt on her life. She was shot near a school bus while going home.

But she recovered and continued her activism. Malala has won countless awards and prizes, has spoken at the UN, has published a book, and has met with different politicians. She continued her studies and organized the Malala Fund to help girls get an education. In 2014 she became the youngest Nobel Peace Prize laureate. 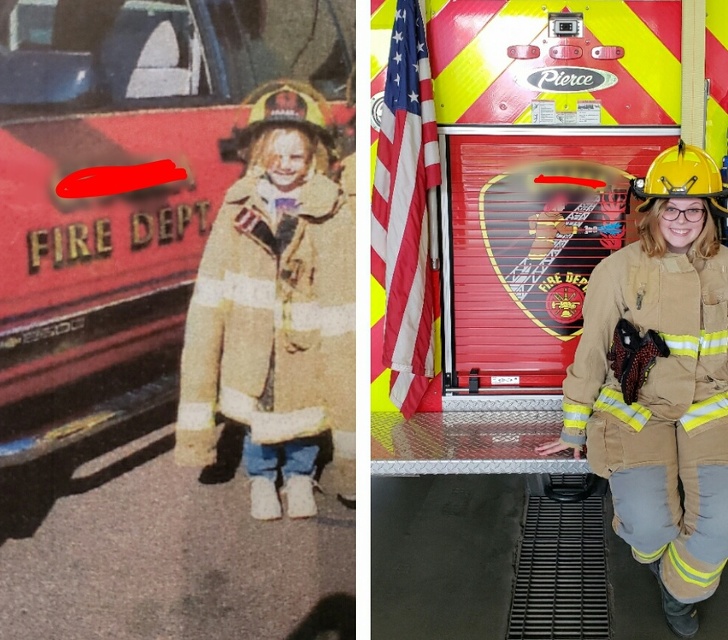 The difference between these 2 photographs is 17 years. She provides medical assistance to fire victims and says that despite her gender, she still had to meet the required physical standards to become a firefighter.

“I’m now a 4th generation fire fighter for the same department my dad served on. I’m the 5th female firefighter in the department EVER,” she said. She’s so happy she achieved her goal. 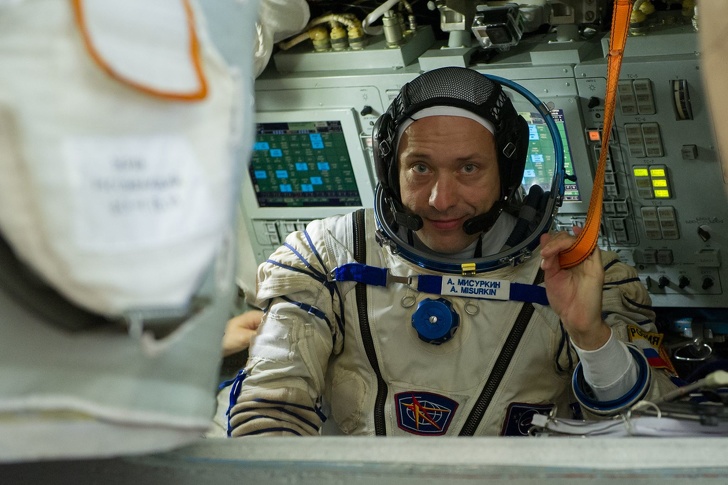 “Star Wars” awakened interest in space for many children. Alexander Misurkin was among them. As a 12-year-old boy he knew without a doubt that he wanted to become an astronaut. He created a plan for himself and followed it.

In order to get closer to his dream, the boy started attending an aero club. After the aero club, he became a pilot, and 7 years later he was enlisted as a candidate for becoming a cosmonaut. Alexander has already managed to make 2 flights with a total duration of 334 days 11 hours and 29 minutes and he has gone into open space 4 times.

5. “It’s not every day that you can live your childhood dream.” 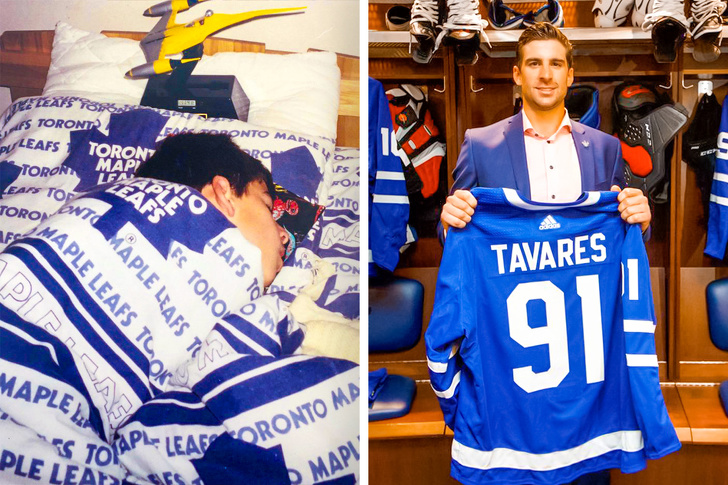 After Canadian hockey player John Tavares was signed with the Toronto Maple Leafs he uploaded his childhood photo to inform his fans about this important event. You can see that his childhood bed is covered with linens bearing the team’s name and logo.

John had wanted to be a part of the Toronto Maple Leafs from his childhood and at the age of 27 he made his dream come true.

A young and promising soccer player named Kylian Mbappé dreamed of a professional soccer career from childhood. The famous player Cristiano Ronaldo was his idol. It’s noteworthy that he once had the opportunity to play with his idol at a club.

But Kylian refused to move to Spain and soon signed his contract with another team in Monaco. In 2017 he got the Golden Boy award. And by the age of 19 he won The Best Young Player Award at the 2018 FIFA World Cup.

Photographer Carrie Lewis helped 3 children with special needs to fulfill their dreams. She organized a photo shoot for 3 boys Zane, Owen, and Elliot. The 3 of them wanted to serve as police officers and thanks to Carrie they had the opportunity to do it for one day.

The police department responded to her idea with joy and enthusiasm and they helped organize an unforgettable experience for the kids. Carrie hopes that her example will encourage other photographers to work with special needs children. 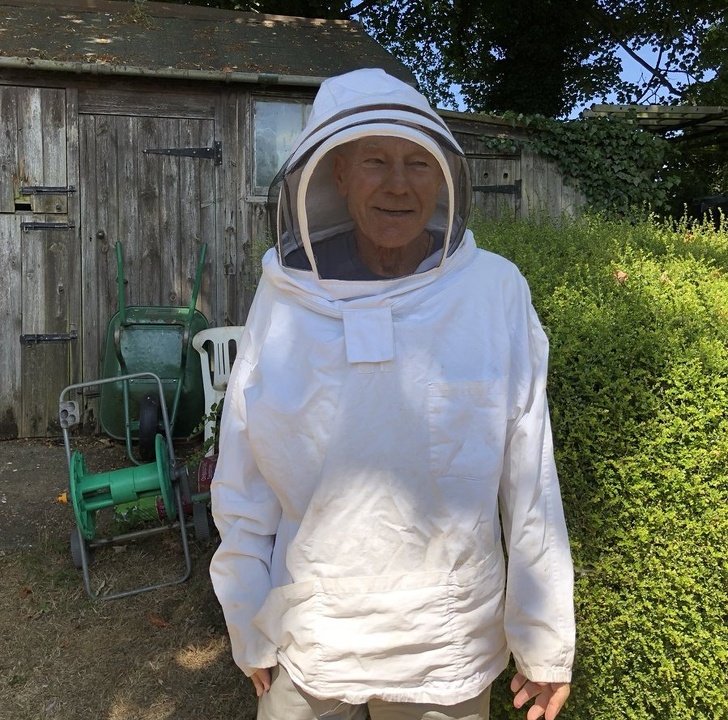 Sir Patrick Stewart wrote on his twitter: “Since I was a child, I’ve fantasized about being a beekeeper, and I finally am. BeeStew!”

This isn’t the first time that the actor’s dreams have come true. In 1997, he played a major role in Shakespeare’s “Othello.” This is a role he had dreamed of since the age of 14.

9. Sisters say “No” to plastic bags 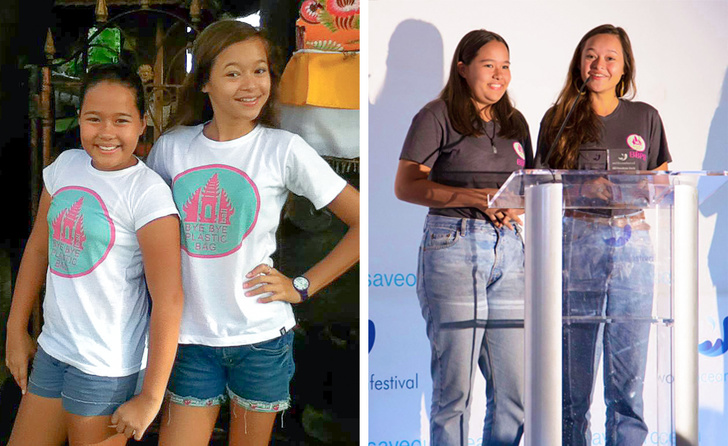 2 sisters from the island of Bali wanted to help clean up their island. In 2013, 12-year-old Melati and 10-year-old Isabel Wijsen gave serious thought to the problem of pollution of their island. The girls managed to organize a garbage collection campaign, which managed to gather 12,000 volunteers. They performed a TED talk and received Bambi Awards. Melati and Isabel founded the organization called “Bye bye plastic bags” which now has many partners and these sisters also hold lectures and presentations handing out bags made of organic materials.

This all began with the collection of 100,000 signatures for a petition to address the governor. But for a year and a half the governor didn’t react to the girls’ appeal. Then they went on a hunger strike in order to show how serious their intentions were. The days passed and the girls finally found themselves in the office of the governor, who signed a memorandum of understanding banning plastic bags.

10. Being part of a team at the Olympics

As a child, Erinn Smart dreamed of representing the United States at the Olympic Games. At the age of 11, she and her brother Keeth started to practiсe fencing with Olympic medal-winner Peter Westbrook. Since then Erinn spent a lot of time training and took part in national and world championships.

She finally achieved her goal and represented the United States at the 2004 Olympic Games. In 2008 she again competed in the Olympic Games and won a silver medal. Her brother was also a part of the national team that year and brought the country a silver medal.

What dreams did you have as a child? Did they come true? Tell us about your experience in the comments.