Why We Shouldn’t Wait Until We’re Hungry to Eat 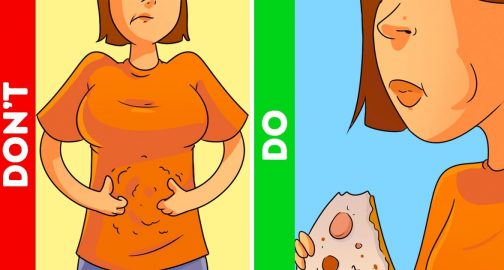 Hunger may be a great sign that your metabolism is turned on and your body is working the way it’s supposed to. Yet, while natural, hunger shouldn’t be the only signifier that it’s time to begin eating. If you eat only when extremely low on fuel and your body’s begging you to fix it, the consequences can be dire.

We support a healthy lifestyle and wants to share some reasons why hunger can seriously mess with our eating habits. You can also learn that hunger isn’t always real in the bonus feature at the end of the article. 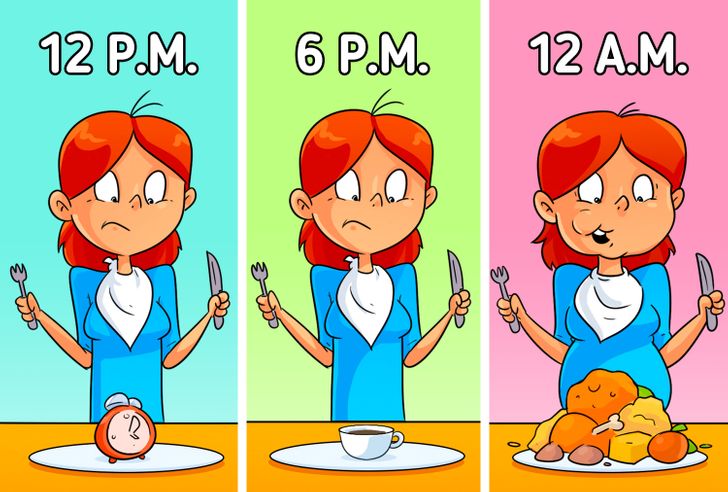 People who skip meals or eat irregularly often overeat to make up for the food they missed. The human body needs steady nutrition every 3-4 hours to avert metabolism slowdowns, energy dips, crankiness, and cravings. The longer you stay without food, the lower your blood sugar level drops, resulting in the need for sugar in food. 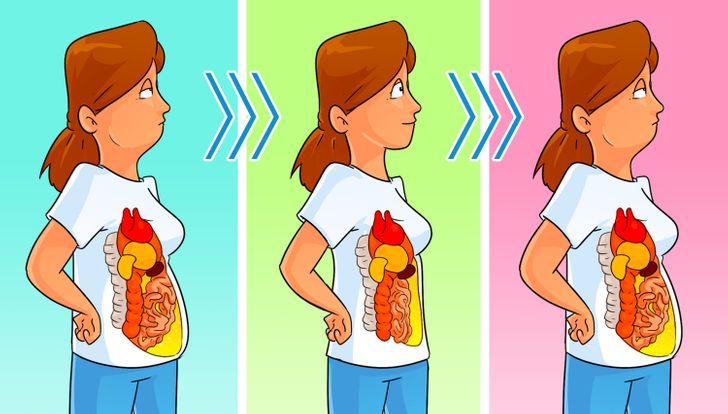 A lot of people think if they’re starving, they’re losing weight. But in reality, if your daily nutrition is leaving you starving, you won’t stick to it for long. Eating too few calories triggers an emergency mode in your body, causing it to store fat and burn even fewer calories. Your body thinks it needs to save itself and preserve calories for the future.
3. You’re less likely to make healthy food choices. 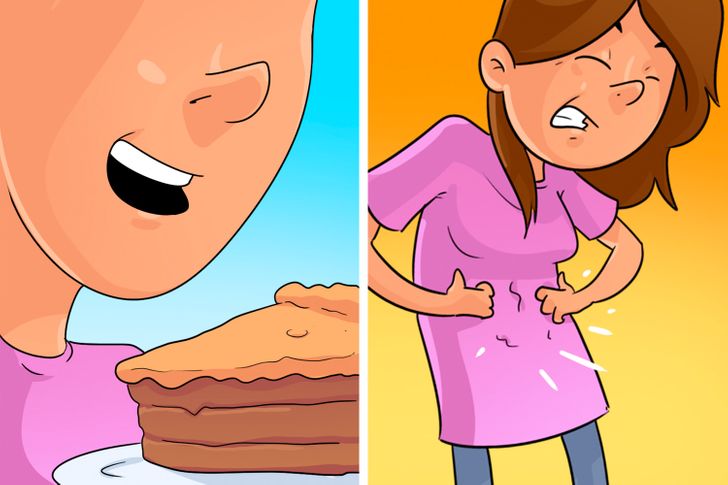 As a wise Snickers ad pointed out, “You’re not you when you’re hungry.” And when you’re hungry, you’re more likely to reach for the said candy bar rather than a more substantial snack. When the blood sugar level drops, people grow emotionally out of control of what they put in their mouths next. They eat the next thing in front of them, and for most people, this ends up being unhealthy sugary snacks.

Overall, such a diet doesn’t result in the most nourishing lifestyle. 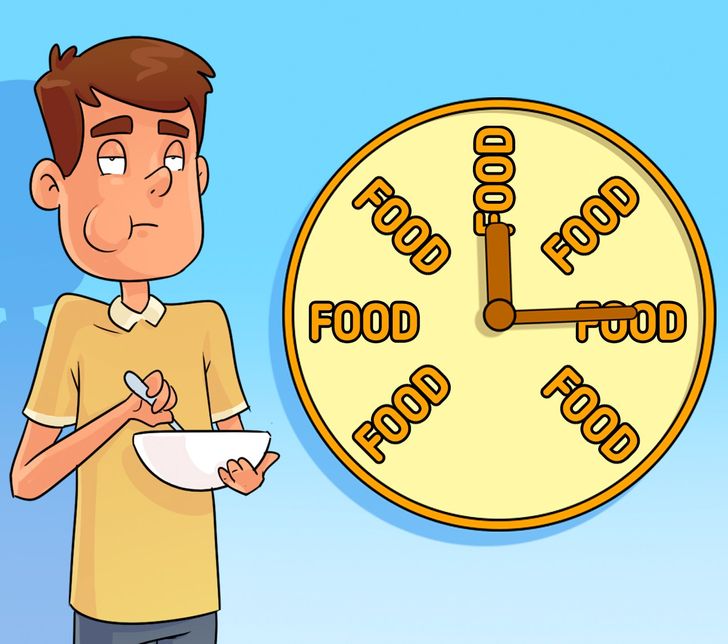 2 hormones affect hunger regulation: ghrelin, which stimulates appetite; and leptin, which suppresses it. When you haven’t eaten for a while, the ghrelin level increases. And after you’ve eaten, leptin tells your body that it’s full.

The hunger barometer isn’t always accurate. Sometimes, especially after undergoing a grueling diet, people can’t hear what their body is trying to tell them. The brain learns to moderate hunger according to one’s lifestyle. So people who always eat once a day can go about their business without feeling any cravings. It doesn’t make eating one meal per day normal.
5. Hunger is bad for your health. 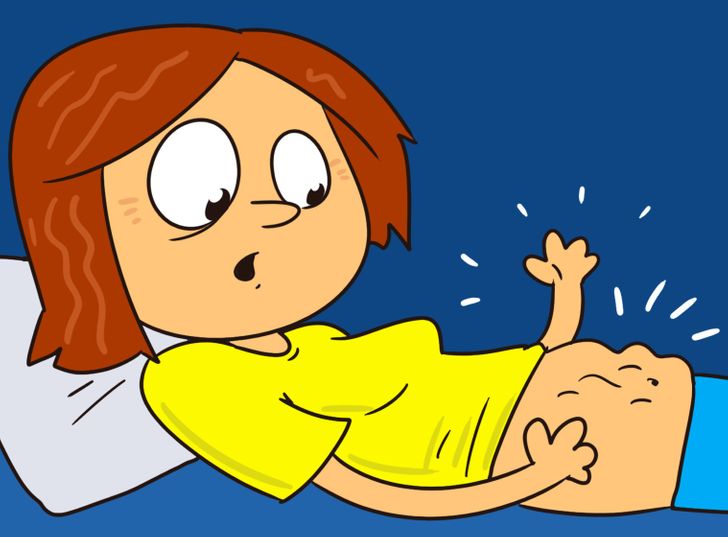 The impact starvation has on the body, in the long run, can be devastating, from affecting mental health to increasing the risk of chronic diseases. And if you happen to get hungry, it often feels unpleasant. Some of the symptoms that accompany hunger are: 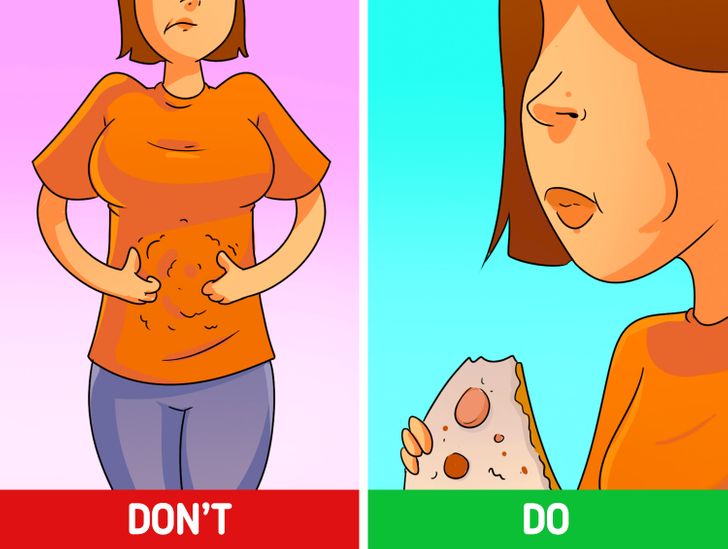 Scientists have identified 3 different types of hunger: physical, psychological, and opportunistic. Physical hunger is the normal urge to eat when you don’t have enough food in your stomach. On the contrary, psychological hunger is driven by emotions, and essentially, it’s a craving for something other than food. It’s the desire to feel better or happier, or it could be other strong feelings manifested as hunger.

Finally, there’s opportunistic hunger. You see food lying around and you snap it up just because. It has nothing to do with actual hunger, but the food is available so why not. All in all, it’s important to not mistake the notion of, “I need to fill my body with energy,” for the other 2 forms of hunger.

How often do you eat? Do you have a fixed eating schedule or do you eat when you feel like it?