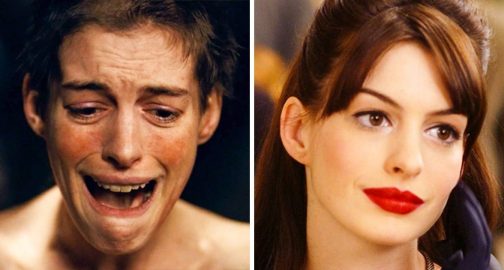 Truly talented actresses can pull off very different roles, including the ones where they have to transform into really unattractive women. In order to make the transformation look real, they have to do very different things: lose or gain a lot of weight in a very short time, wear shapeless clothes, or spend a lot of time in makeup that covers up their beauty.

All this effort is appreciated by regular viewers and movie critics alike. 4 of the actresses we are going to tell you about were even awarded with the most prestigious prize in the cinema world — the Oscar.

We have found 11 actresses that can portray both fatal beauties and unattractive women. 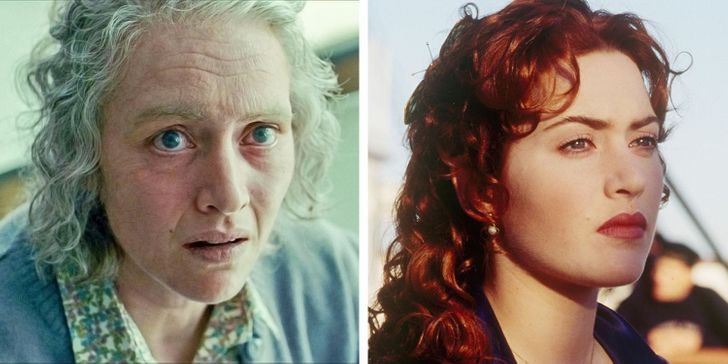 Kate Winslet has portrayed quite a few beautiful women, but it was the role of an illiterate German woman that was convicted for the death of hundreds of people in The Reader. This film brought the actress her Oscar award. Thanks to her, and the amazing work of the makeup artists, Kate’s character looked much older and uglier than Kate herself. 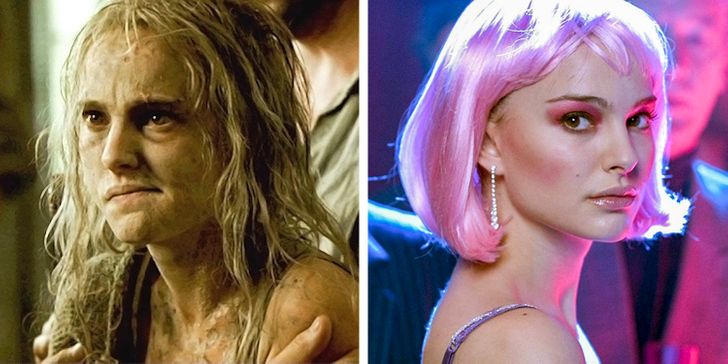 Natalie Portman is known to be a very diverse actress. For her role in V for Vendetta, Portman was brave enough to shave her head and in Goya’s Ghosts (the photo on the left), she played a woman who was a victim of the Spanish Inquisition.
Cameron Diaz 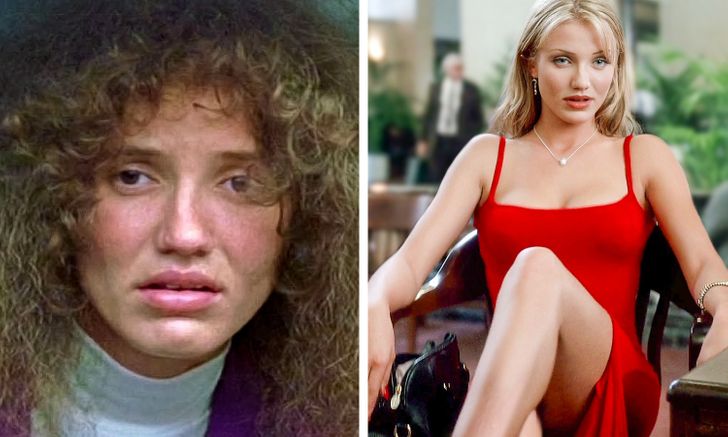 Cameron Diaz is a typical Hollywood blonde woman with a charming smile who is very hard to image as an unattractive woman. However, in the 1999 film Being John Malkovich, Cameron played an unattractive girl. The absence of makeup and a heap of dark curls on her head made her look fitting for the role and because of this she was nominated for such prestigious awards as the BAFTA and a Golden Globe. 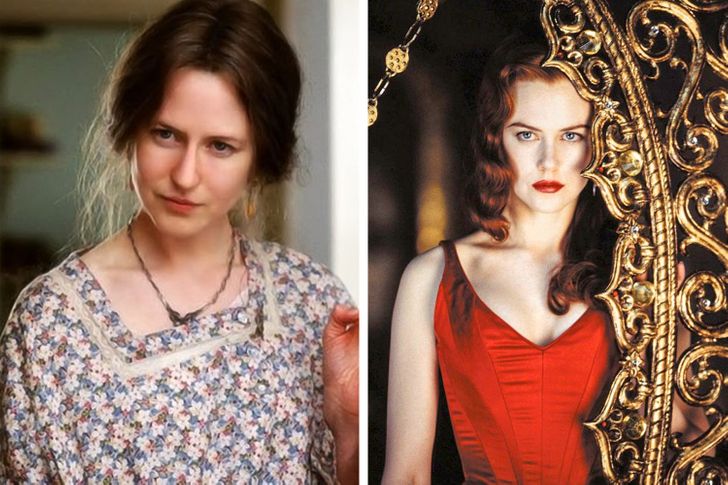 Nicole Kidman won her Oscar in 2003 for the role of writer Virginia Woolf in The Hours. Thanks to the makeup, she looked very much like her prototype. And the list of films where the actress plays beautiful women is really long: Moulin Rouge!, The Others, Cold Mountain, Australia, Grace of Monaco, and many others. 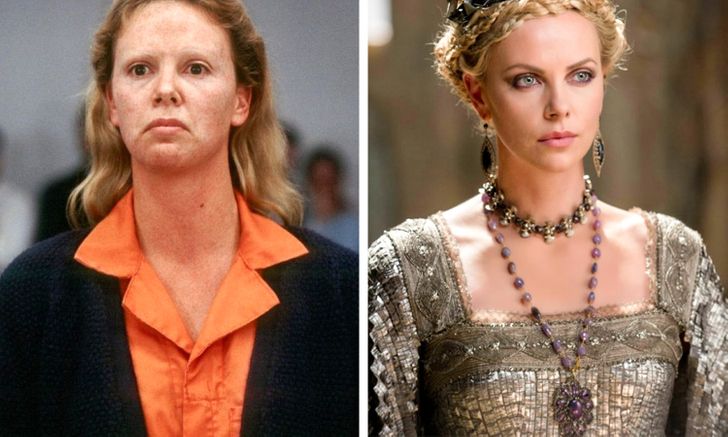 Charlize Theron has appeared in roles of fatal beauties many times, but the true recognition and love of movie critics came with her role in Monster. In this film, the actress played a serial killer. In order to achieve the transformation, she had to gain more than 22 lbs and she looked revolting thanks to the work of some talented makeup artists. For her role in Monster, Theron was awarded with a Golden Globe, an Oscar, and a Screen Actors Guild Award. 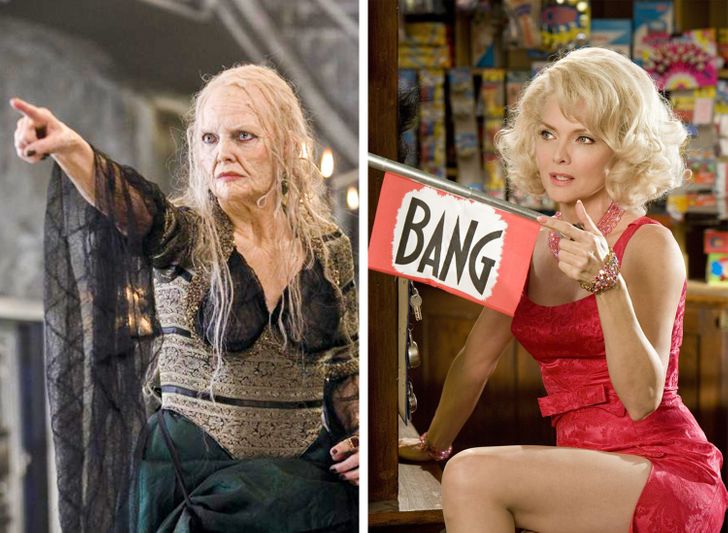 Hollywood beauty, Michelle Pfeiffer, transformed into a scary old witch in Matthew Vaughn’s Stardust. And when she became young in the film, we were absolutely amazed by how beautiful and fit she still is. She was about 50 years old when she worked on this film. 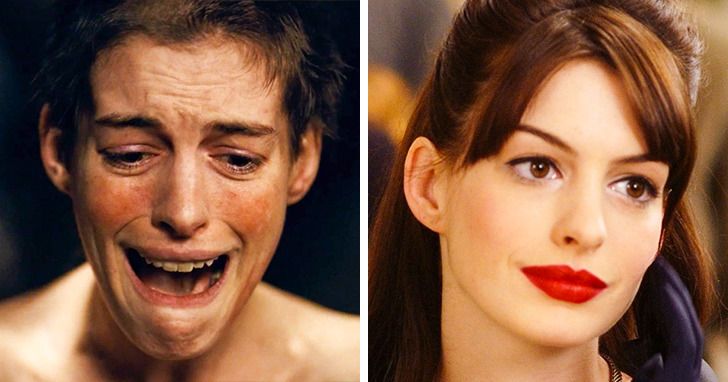 Anne Hathaway played the role of Fantine in the musical Les Misérables, based on the novel by Victor Hugo. Anne’s character needed to feed herself and her daughter, so she had to sell her hair, her teeth, and become a prostitute.

In order to play this role, in a very short time period, she had to lose more than 22 lbs and had her long hair cut on camera — this scene was actually done for real. For her role in Les Misérables, Anne got a Golden Globe, an Oscar, and a Screen Actors Guild Award. 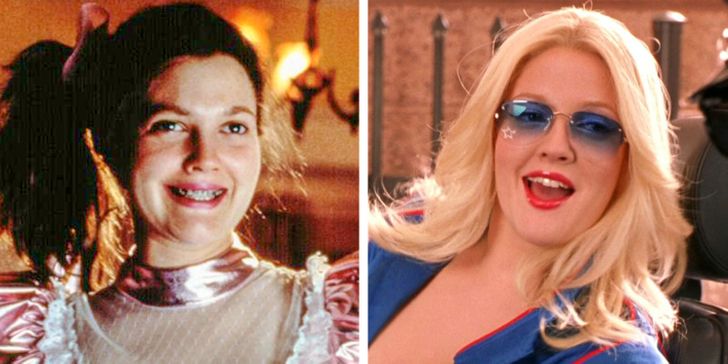 The girl from the Barrymore actor dynasty has been on the big screen since she was 5 years old. Her first success was after her role in E.T. the Extra-Terrestrial. Drew basically grew up on-screen and we got to see her in different ways — extremely beautiful and when she was a plump teenager with braces in the film Never Been Kissed. 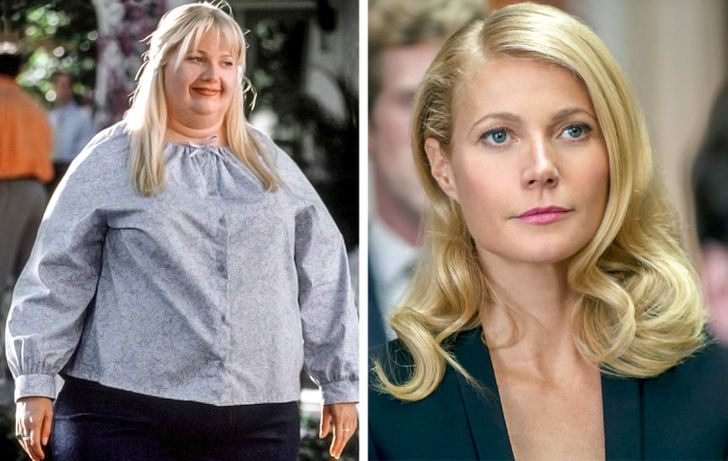 For the role in the comedy Shallow Hal, scriptwriters and directors of the film from the Farrelly brothers dressed Gwyneth Paltrow in a 25-lb costume and put special latex makeup on the actress’s face. The actress admitted that when she decided to walk down the street wearing this costume, people around her didn’t recognize her and tried to avoid looking at her. Thanks to this experience, she realized how hard it was for people to live with extra weight. 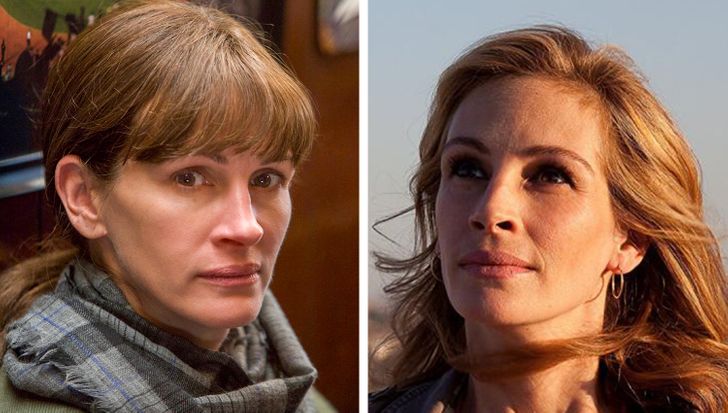 Julia Roberts is no longer just an actress in the romantic comedies of the ’90s. After her well-deserved Oscar for her role in Erin Brockovich, nobody doubted her talent. In Secret in Their Eyes (the left photo), Roberts appeared in the role of a woman detective whose daughter was killed violently. 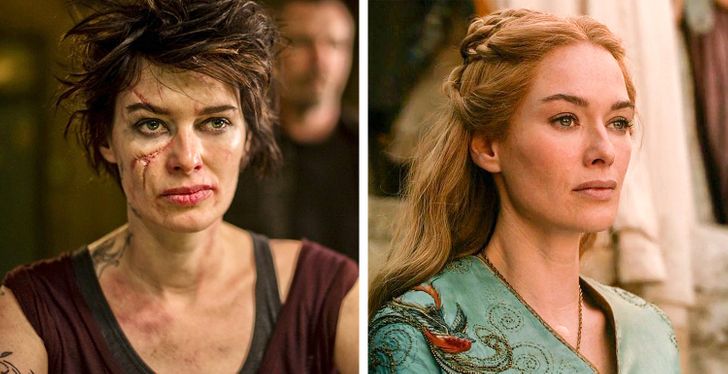 This English actress has quite a few good roles in her filmography, but she became truly famous after her role of Cersei Lannister in the series Game of Thrones. In the 2012 Dredd, Lena played a merciless woman-gangster. For this role, she had to get some makeup that portrayed scars on her face. She also had to have bad teeth and cracked lips.

Can you think of any other actresses that are as devoted to their work as these wonderful women?