There’s no need to go to another galaxy to feel the excitement of an explorer who meets new outlandish creatures. All you really need to do is look closer at our planet’s fauna. Nature never stops developing and we’re still unaware of many of evolution’s novelties. However, the things that we already know, amuse and stun the imagination. For example, there’s a platypus that’s actually venomous, who doesn’t have a stomach. And that’s just one thing off the loaded list of this creature’s weird features.

We have a strong desire to learn more about the wonders of the animal world and hope that what we’ve found will astonish you as they did us.

Some zoos give their visitors glasses like these. They’re designed to imitate a side glance and not provoke feelings of hostility among gorillas. 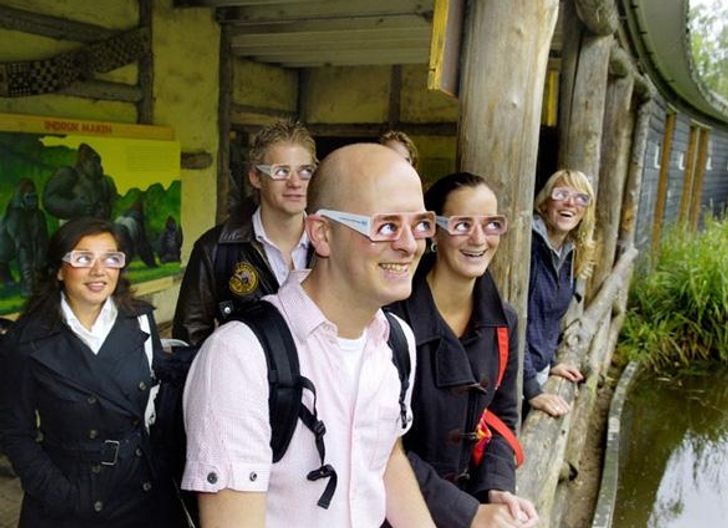 These primates perceive a straight forward look to be a threat. In 2007, a gorilla named Bokito escaped from the Rotterdam Zoo and attacked a visitor who was looking straight into its eyes. That’s why the DDB company created these glasses known as Bokito Viewers.

Prairie dogs kiss in order to greet each other and find out whether everything is okay or not. 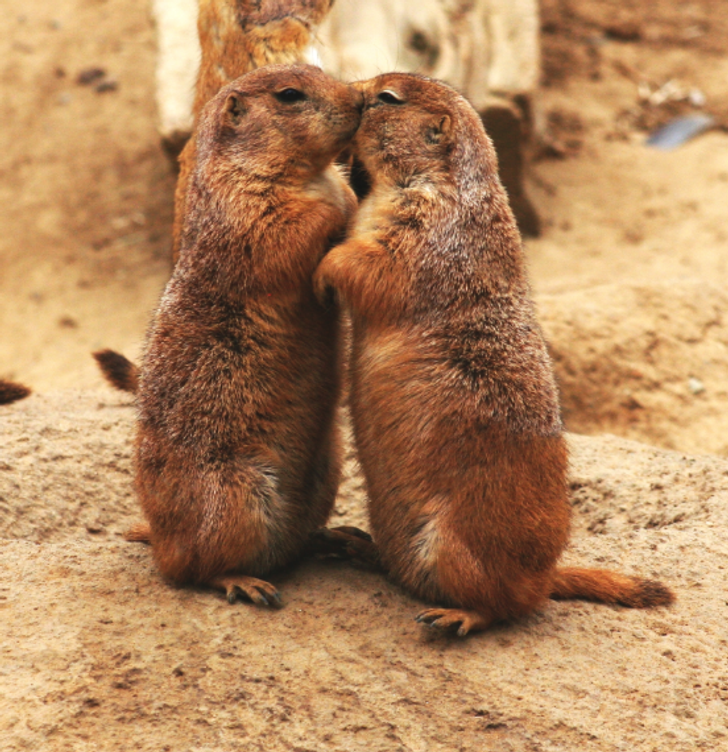 Stoats often hunt for prey several times bigger than themselves and can eat, daily, the amount of food that equals one-quarter of their body mass. 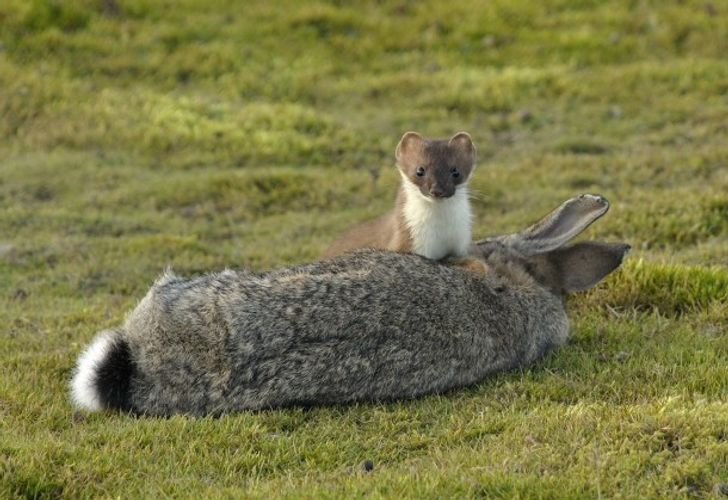 Notothenioidei fish live in Antarctic waters that are so cold, other fish are unable to live in such conditions. 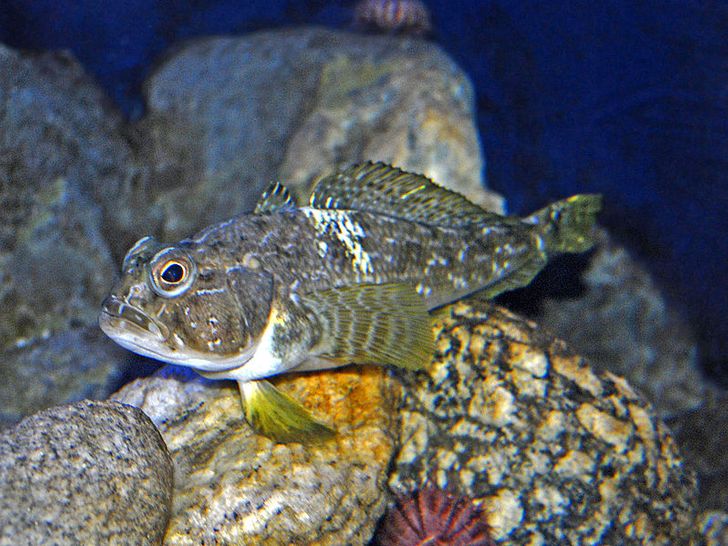 This is all in thanks to an anti-freeze protein that helps them cope with lethal hypothermia — it doesn’t let ice crystals form in their blood.

Arctic hares are the largest hares in Northern America. They have ears that are too short in relation to their body size. 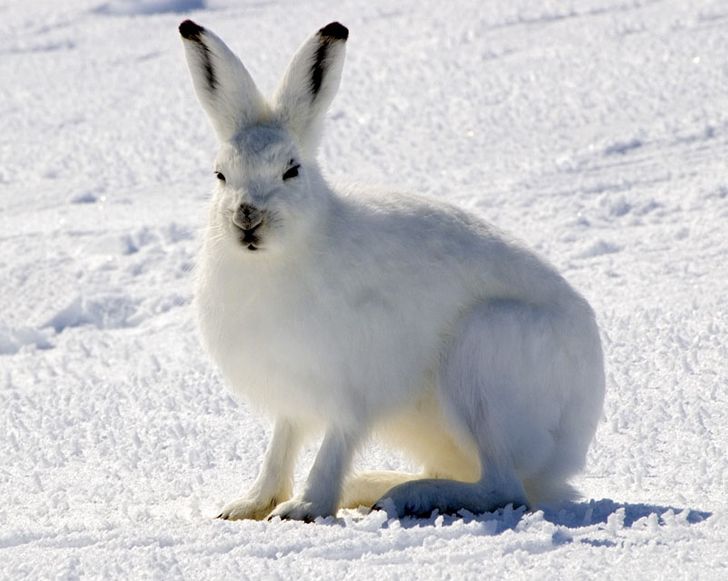 Thanks to these ears, they decrease the release of precious heat in order to survive in harsh conditions.

The Periophthalmus is a type of fish that can get themselves food in silt during low tides and can even climb trees. 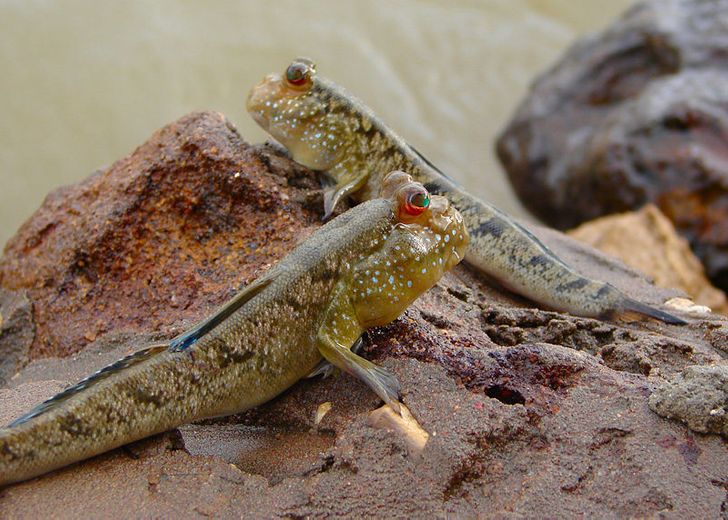 Bar-headed geese can reach enormous heights — up to 21,120 feet! 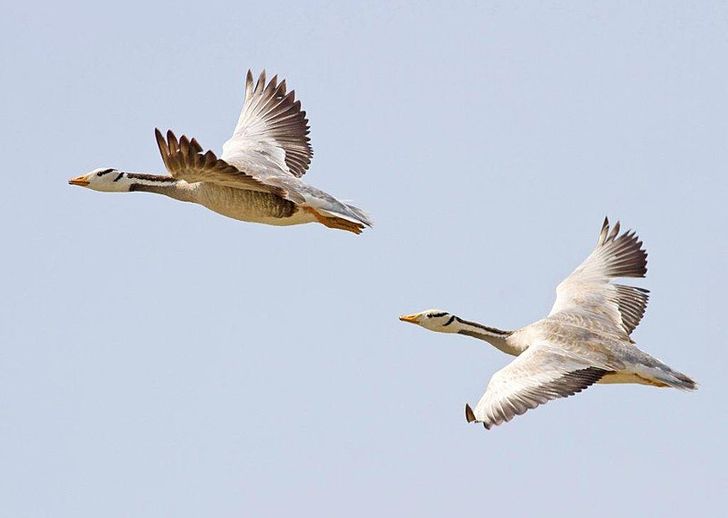 At the same time, these birds control their body temperature and, if necessary, can change the chemical composition of their blood in order to survive freezing, thin air conditions.

Japanese researchers have found out that whale shark eyes are covered with teeth. 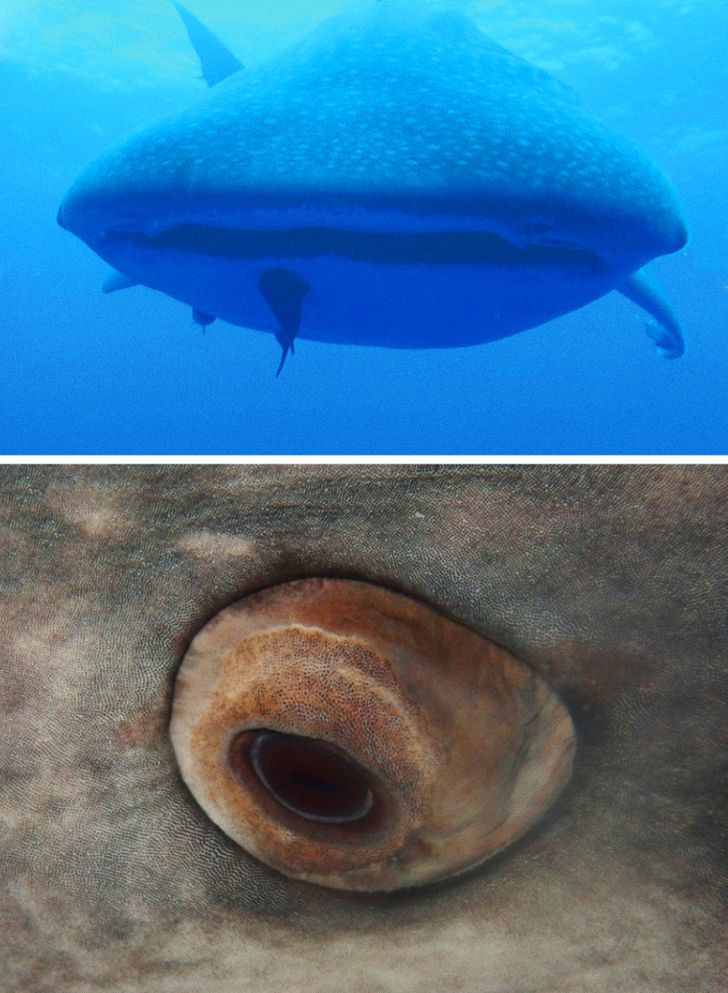 They’re able to draw their eyes deep into their eye sockets while their eyeballs are covered with about 3,000 small teeth.

White sharks can be attracted to the sounds of death metal music with the help of a couple of underwater loudspeakers. 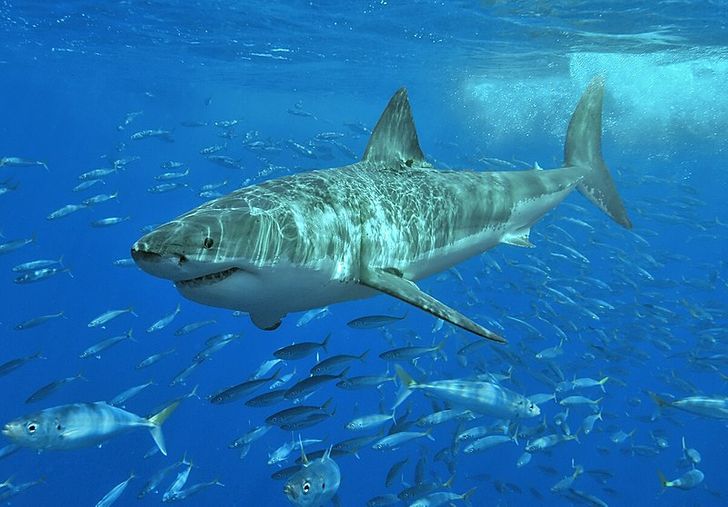 The Alpine Swift can stay up in the air for more than half a year without landing. 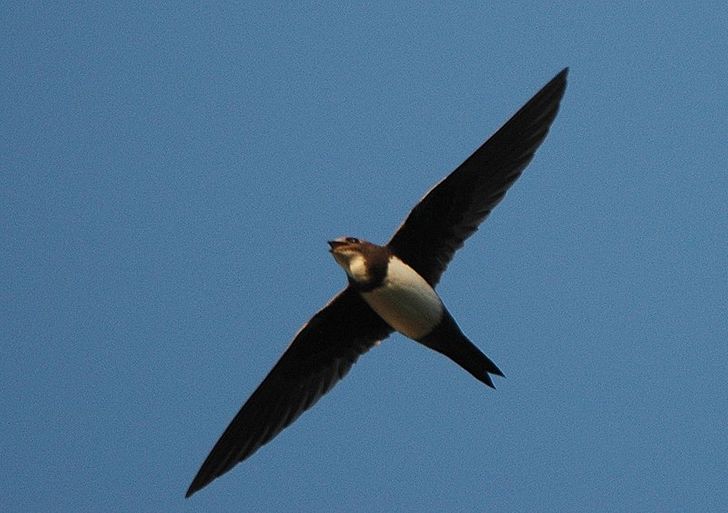 Ghost crabs use the teeth in their stomachs to growl and frighten off their enemies. 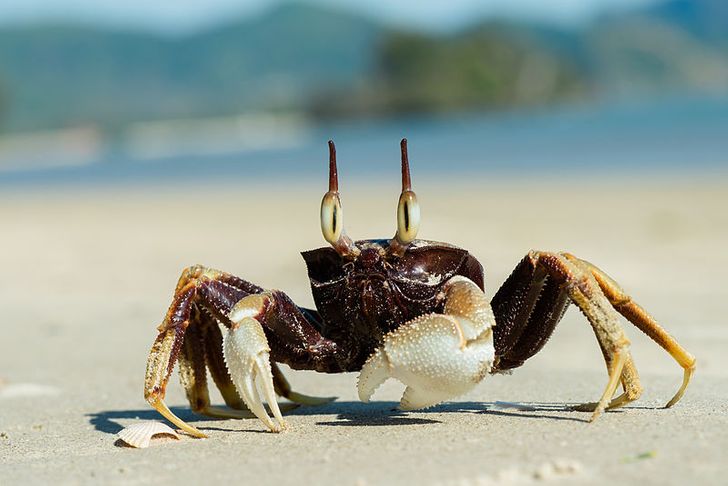 Here’s another mystery: There are moss balls migrating across the Arctic that are driven by some unknown external force. 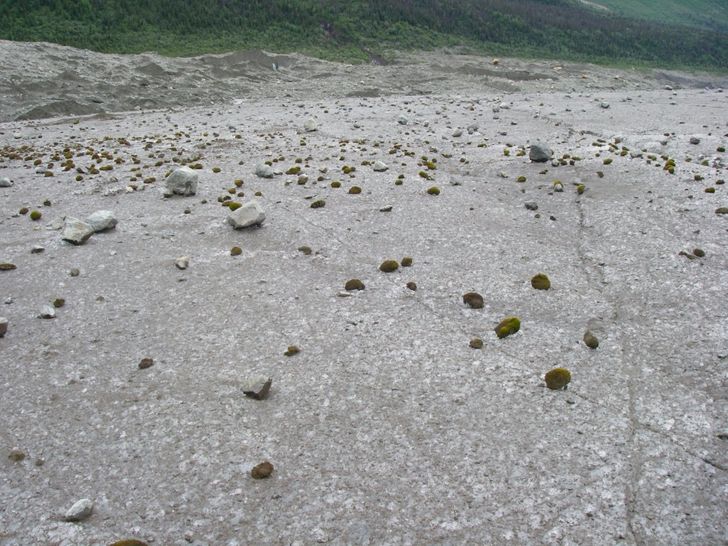 A 4-year observation study revealed that the average distance of these balls’ movements is about 1 inch per day. They move with a certain speed in one direction. It’s still unknown what makes them move and why.

Turns out, ducks like to surf. They do it to catch more crustaceans. 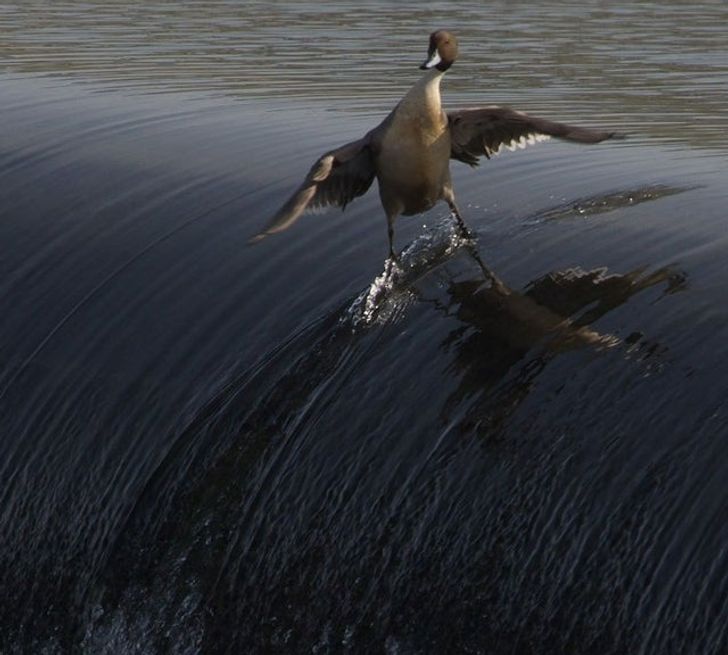 A 4-year observation study revealed that the average distance of these balls’ movements is about 1 inch per day. They move with a certain speed in one direction. It’s still unknown what makes them move and why.

Turns out, ducks like to surf. They do it to catch more crustaceans.

This is a South Asian river dolphin, also known as a shushuk. It’s almost blind and navigates in space with the help of echolocation. 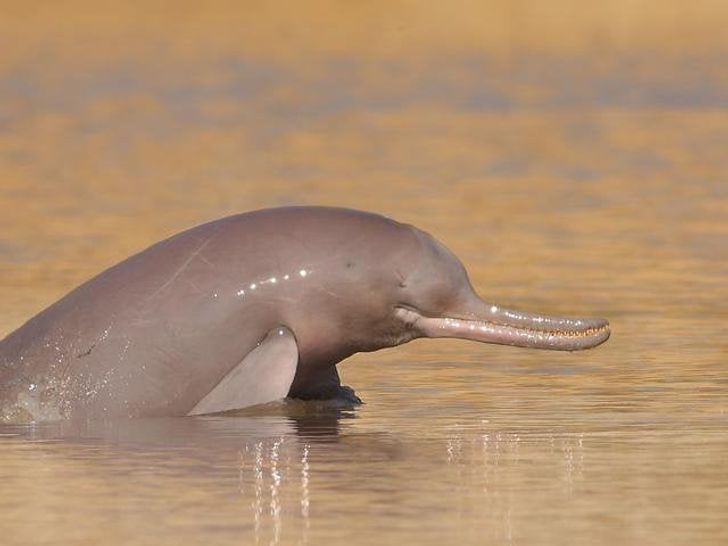 Have you ever pondered why crocodiles’ teeth are so white? They change up to 50 times in a lifetime. 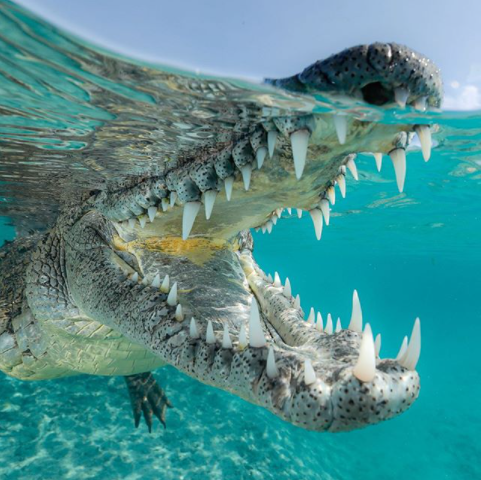 This platypus won the jackpot in the animal world thanks to its high number of weird features. 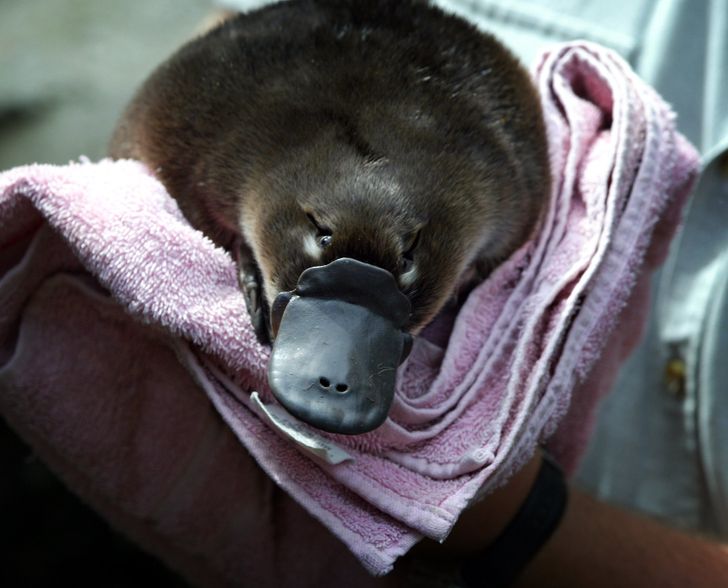 Do you think the features described above bring more benefits or harm to their owners? If you could have any of these features, which ones would you choose?