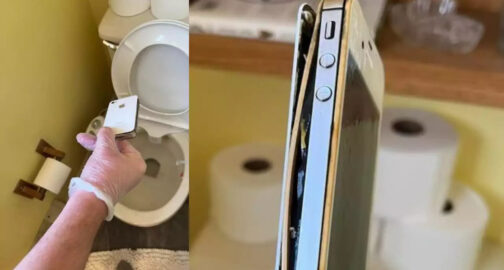 A couple who heard a strange noise when they flushed the toilet was shocked when they pulled out an iPhone from it. The wife had lost the phone 10 years ago on Halloween night. The phone went missing mysteriously in 2012․ 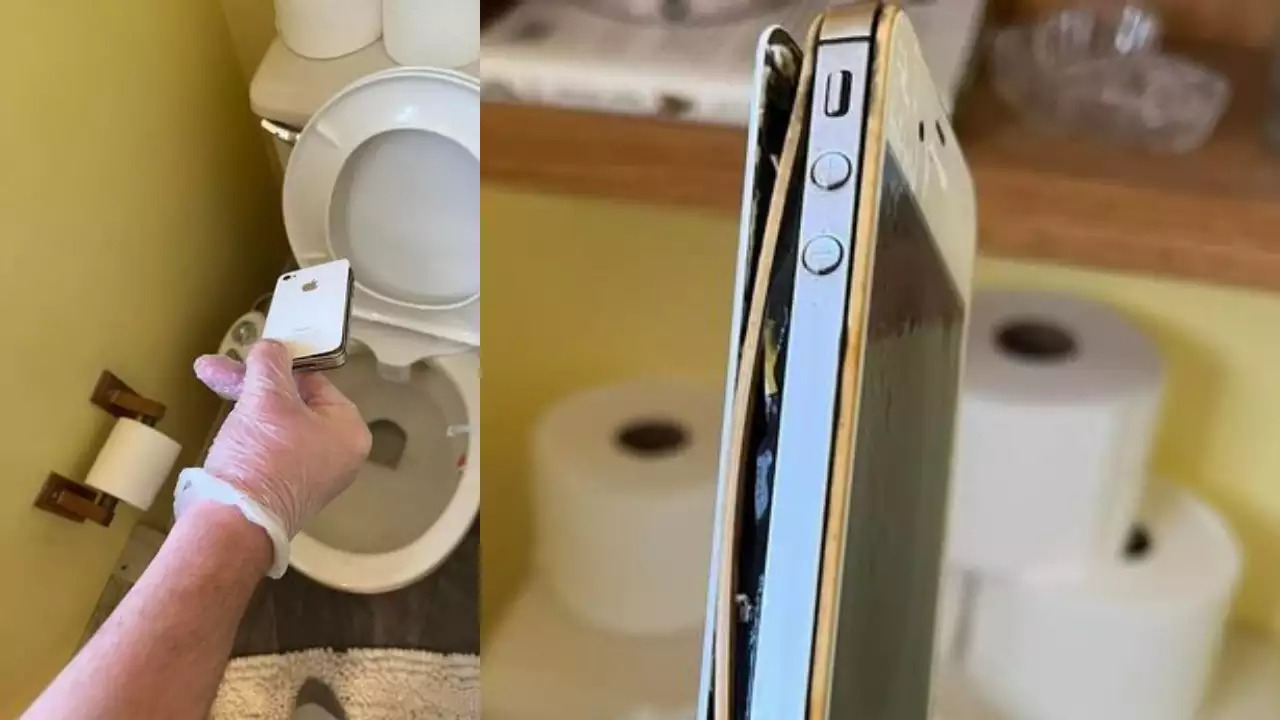 A woman who lost her iPhone 10 years ago found it inside the toilet after she and her husband heard a strange noise coming from the bathroom.
Becki Beckmann, based in the US state of Maryland, lost her Apple iPhone a decade ago. She was “super confused” when it disappeared on Halloween night in 2012 as she hadn’t gone out anywhere where it could be stolen.
“It was mysterious but it was gone,” she wrote.
Last week, she and her husband started hearing a “banging sound” when they flushed the toilet. “Initially we blamed it on the toilet being old or the house construction being terrible,” she said.
Her husband decided to unblock it.
After some time, Becki’s husband came running outside to tell her that she “wouldn’t believe what he found in our toilet.”
He had found the lost iPhone from deep within the depths of the toilet’s pipes.
She shared pictures of the phone whose back casing was lifted, exposing the tech inside.
“This was so, so far from what I was expecting,” Becki said.
The post has gone viral, with shocked netizens asking how did their toilet not have any clogging.
One user said, “There’s no way it was stuck in your toilet for 10 years and never caused an issue until it started making a sound.” Another wrote, “How have y’all not had any clogging? My townhouse gets one baby wipe in its pipe and I get all the neighbours sh*t in my laundry room.”
A third user joked, “Now how come my glass screen breaks when I even so much as look at it funny but you can literally sh*t on yours for years and it’s perfect?”