It was found on the floor in perfect condition: it is surprising that it has been preserved for so many years 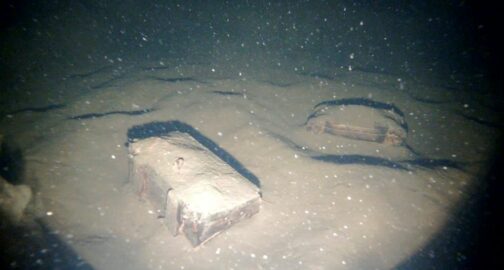 While the Earth’s surface has been thoroughly mapped, some of the largest bodies of water still hold myriad mysteries, as mapping them is a whole endeavor that can’t be done with regular technology like satellites. One of those secrets was unveiled recently when a group of researchers from the Norwegian Defence Research Establishment and the Norwegian University of Science and Technology (NTNU) set out to map lake Mjøsa, the largest lake in Norway, which covers more than 140 square miles (360 square km). On the last day of their two-week study, they spotted a centuries-old shipwreck in seemingly perfect condition.
The vessel sits at a depth of 1,350 feet (411 meters) and was found by the autonomous underwater vehicle Hugin. With the help of sonar imagery, researchers determined that it measures 33 feet (10 meters) long and 8.2 feet (2.5 meters) wide. Although further inspection is needed to determine exactly how old the ship is, given its design and construction techniques, it’s estimated that it dates back between the 1300s and 1800s.

The date range was assigned because archeologists made out what they think is a stern. It’s something only noticeable in vessels built after the 13th century, given that shipbuilders from before that time mostly focused on Viking ships that were nearly identical on both ends. On top of that, the ship seems to have been made using a Norse technique to make the vessel lighter, which consists of overlapping the planks of the hull, resulting in a “clinker-built” ship. Since it was found in the middle of the lake, experts think it sunk due to bad weather. This isn’t the first ship discovered in Lake Mjøsa; however, it is the first spotted beyond the scuba diving depth of around 65 to 98 feet (20 to 30 meters).

One element that played in favor of the vessel’s integrity is that it went down in a lake, and not the ocean. “Because this is a freshwater lake, the wood in such a ship is preserved,” Øyvind Ødegård, a marine archaeologist from NTNU told Science Norway. “The metal may rust, and the ship may lose its structure, but the wood is intact. A similar ship to the one we now found would not have survived for more than a few decades if it had gone down on the coast. So if we are going to find a Viking shipwreck in Norway, then Mjøsa is probably the place with the most potential for such a find.”

Like all good discoveries, this one came as an accident. The main purpose of the mission was to locate possible explosives and ammunition that may have been dumped in the lake between 1940 and 1970; something of vital importance given that the Mjøsa is a source of drinking water for about 100,000 people. Nevertheless, given the rich story of the lake as an important trading route throughout Norway’s history, the experts believed it was a matter of time until a discovery like this happened. “We believed that the chance of finding a shipwreck was quite high, and sure enough, a ship turned up,” Ødegård says.

Although the team tried to get more images to learn more about the ship, bad weather and poor visibility prevented them from doing so. The good news is that they plan to try again next year, and they’ll hopefully answer the questions this thrilling discovery has raised.

A ship that dates back to between the 1300s and 1800s was found in perfect condition at the bottom of lake Mjøsa, the largest lake in Norway. 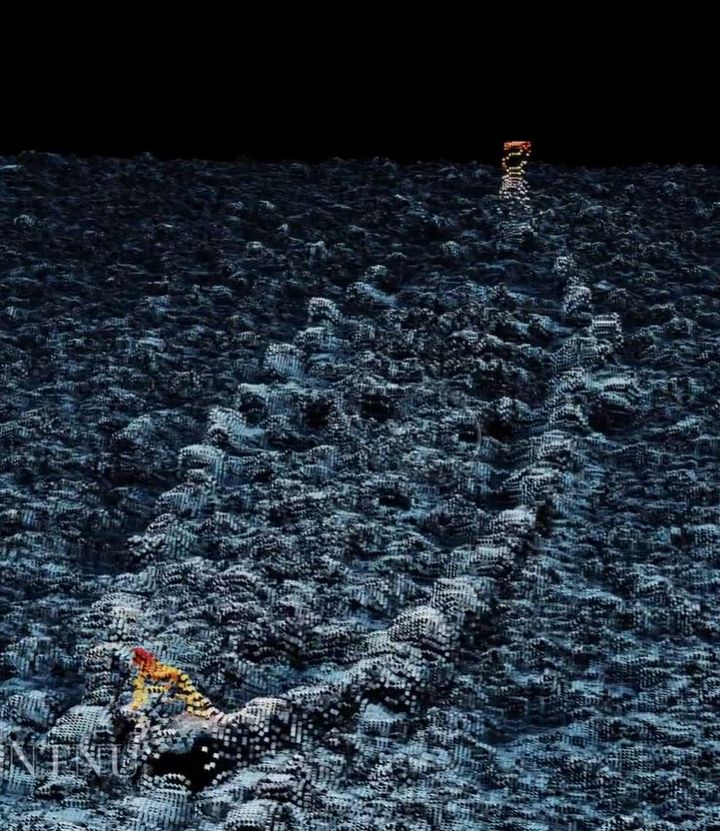